By creating one of the most beautiful films in 2005, Brazilian director Fernando Meirelles presents a genuine and satisfying movie experience. The title “The Constant Gardener” refers to diplomat Justin Quayle’s love of gardening, but he leaves his hobby behind when his wife, the politically devoted Tessa, is found murdered in the Kenyan desert. After some uncertainty in their relationship, she left with a good friend, the doctor Arnold Blum, whom is immediately suspected for the crime. Justin has his doubts about the doctor’s involvement in the tragedy, however when he starts researching the circumstances, evidence of an affair between Tessa and Arnold surfaces.
The idealistic Tessa has been deeply involved with improving the health of the Kenyan people. Through her political work in the country, she has acquired information about the pharmaceutical industry abusing the locals – information which she has kept to herself to avoid involving her husband. The two of them are complete opposites, and in her absence the reserved and passive Quayle realises he will have to act if he wants to preserve the values Tessa was fighting for.

During Justin’s investigation, their relationship is established through a series of flashbacks, thus giving us character development all the while we are sucked into the mystery surrounding the death of the diplomat’s wife. This abrupt, collaging composition improves the otherwise moderate pace and the fact that certain, otherwise obvious details remain hidden until the last act, helps preserving the audience’s attention throughout the length of the film.
The story however, doesn’t always justify the ease of which the good diplomat, through his local connections, is able to acquire the necessary information to carry out his research. This is by far the weakest point of the story, along with a rather uninspiring characterisation of certain supporting roles.

The fresh and chilling “Cicade de Deus” was director Meirelles’ previous achievement on the big screen. With “The Constant Gardener” the plagued youth of Rio has been replaced with Kenyan poverty, but the personal and realistic touch remains intact. Even then, it is still as if the film hints of plastic, which would have been helped with a more innovative plot line. 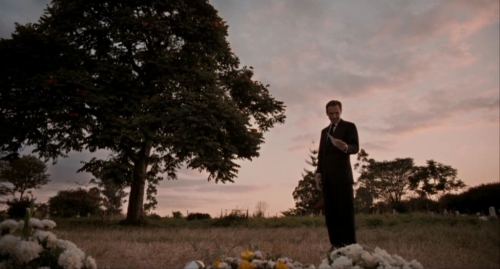 The reason why this enactment of John Le Carré’s novel is a joy to watch nevertheless, is foremost due to great achievements by the film’s crew. Meirelles has put his personal touch on the production, not to forget the solid acting work and above all a marvellous accomplishment by photographer César Charlone, turning every frame into poster-worthy material. Impressive pans and beautiful Kenyan moments are replaced by chaotic hand-held footage, which makes the experience of both contrasts increasingly interesting.