No reviews today. This entry is about my first 80386 PC. I never used it for blogging (although I am sure I could if I wanted to) nor did the word “blog” even exist back then, however I did use it to communicate via BBS nodes (FidoNet) using acoustic modems back in the late 80s and early 90s.

Long story short, my parents are moving house and I am helping them. While digging through all my stuff I still have at their place I am now facing a difficult decision… 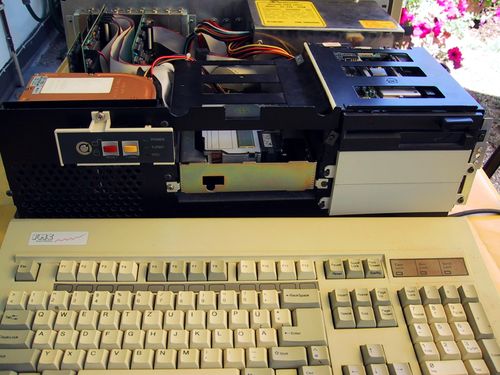 This is my 80386, featuring TWO huge (physically at least) 21 mega bytes hard disks, a keyboard that weighs 3 kg and a case made of solid metal weighing as much as a tank it seems. And the best part of it? This “beauty” is still fully operational!

A whooping 0025 MHz CPU speed, Memory 640kb yes that’s it and it was enough to run Windows 3.11, Word and games like the Classic Ultima Series on it and while we are reminiscing… who still remembers GEM/3? Gem what? The Graphical Environment Manager! The desktop application that ran (and still runs) under DOS, who needs Windows anyway!

This ancient, huge and heavy piece of hardware now faces destruction. And as if it were aware of its impending fate, the huge red on/off switch now is begging to be put in position “I” whenever I look at it, the read/write comb of the gigantic hard disks ready as ever to make that distinct and reassuring humming noise when booting up… it is indeed a long trip down memory lane just looking at these pictures… 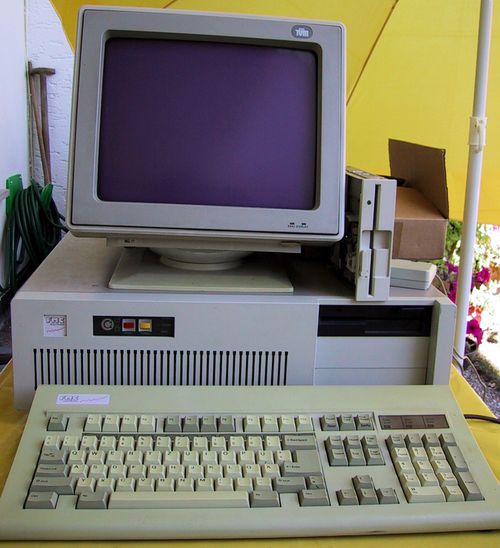 “It is with a heavy heart that we part but it must be. The world keeps on turning and there is just no room for you in it anymore.